Stravinsky
The Rake’s Progress – Opera in three Acts to a libretto by W. H. Auden & Chester Kallman [sung in English, with English surtitles] 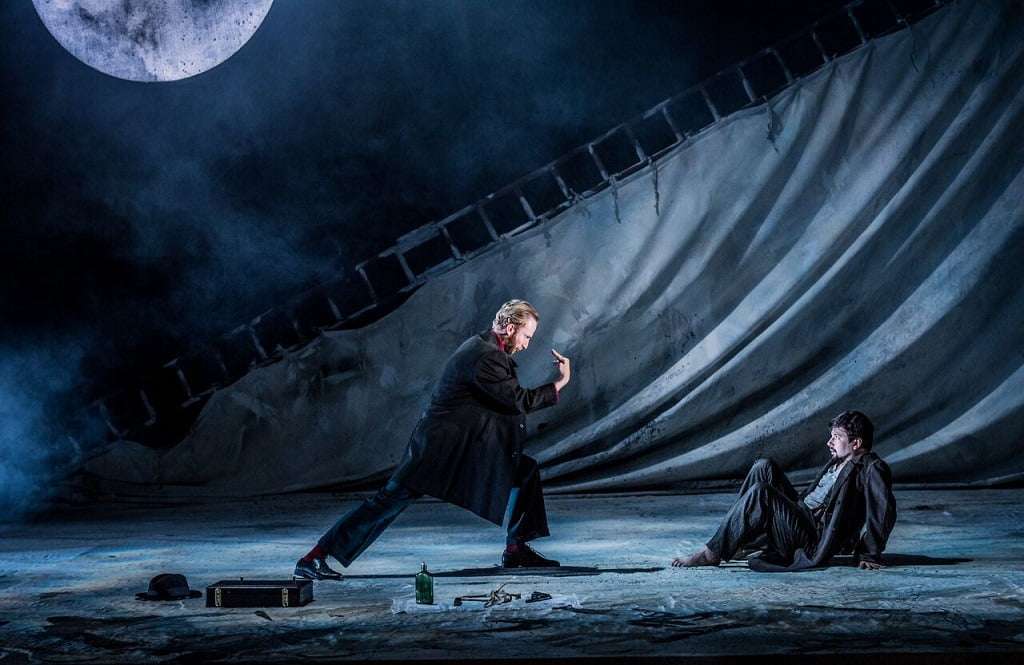 A hugely enjoyable evening, and perhaps in these days of “fake news”, shadowy figures promising gifts and benefits in the near (though usually ever-distant) future, and a world that knows the price of everything but the value of nothing, Stravinsky’s opera has found its time and place. With the excellent diction of the cast, the occasionally over-literary text has more edge and point than usual. James Cotterill’s cleverly fluid and generally spare designs are most effective, yet do not lack the necessary opulence for the scenes in Mother Goose’s brothel and the Rakewell / Baba household both before and during Sellem’s auction. There are some witty touches too – Baba’s Sedan chair being a rather up-market London bicycle-drawn rickshaw.

Stephen Unwin’s production tells the story well; he’s got some great performances from his cast, who manage to handle that mix of communicating with each other as well as directly to the audience, with aplomb. It really helps that there is warm, affectionate, superbly energetic and rhythmically taut playing under Lionel Friend.

However, British Youth Opera is about giving young singers opportunities. Truly at the centre of the piece is Frederick Jones’s Tom Rakewell. Initially a tad strident, as if he hadn’t quite judged the acoustic fully, he then relaxed into the part and gave a lovely performance – his heady and plaintive tenor being particularly enjoyable in the Graveyard and Madhouse scenes. He also makes much of Rakewell’s scene at the start of the second Act, capturing his ennui very effectively and with subtle humour. Samantha Clarke’s Anne also develops beautifully – the first scene found her sounding slightly underpowered, but from “No word from Tom” she found her stride and her lovely creamy voice negotiates Stravinsky’s complex lines with beguiling artlessness. She’s got a very appealing stage presence and brings just the right vein of pathos to the portrayal. 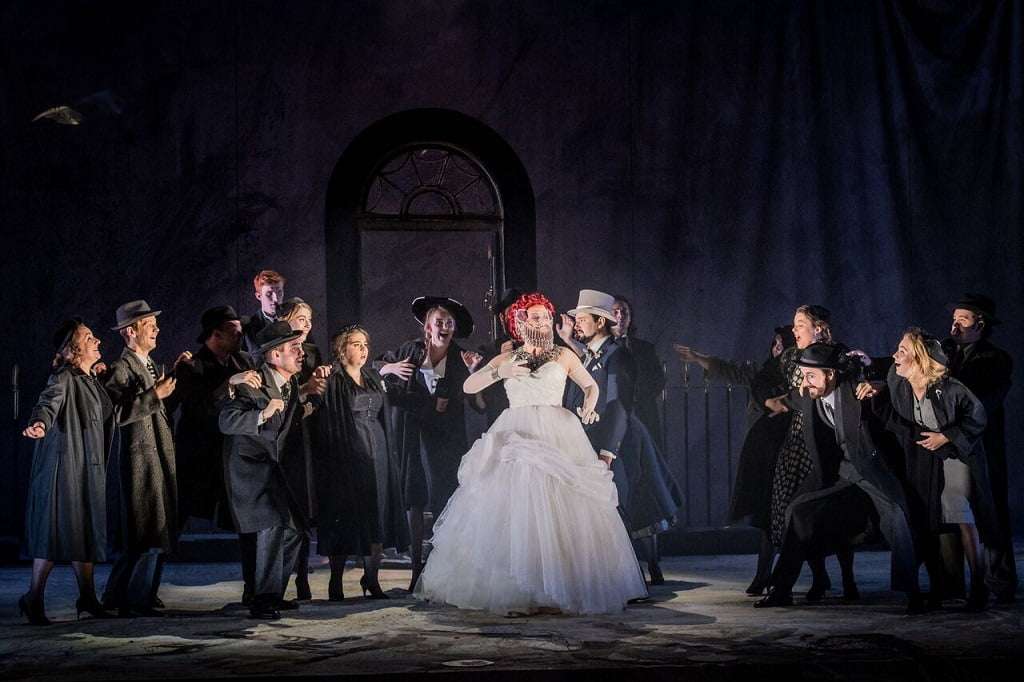 Nick Shadow is a gift of a part and Sam Carl engages and exercises considerable attention to the words and also by his telling physical restraint and nonchalance. His plausible Shadow is more sardonic than saturnine, and his pleasantly gravelly tone, lighter than is often heard in the part, suits well. Jessica Ouston is a super Baba the Turk, deftly encompassing all those weird jumps between vocal registers, whilst also displaying some considerable diva-esque qualities when emerging as an auction lot. Her costumes are terrific. Emma Lewis’s voluptuously-voiced Mother Goose impresses similarly, while Iain Henderson delivers a beautifully sung and thankfully not over-camped incarnation of Sellem. Pedro Ometto essays a solid-voiced Trulove, less benign than usual, and Thomas Mole makes his presence felt in his brief interjection in the Madhouse scene.

Mention should be made of the superb chorus, all members acting their roles with real individuality and also part of a committed ensemble. The Rake’s Progress can be a tricky work to pull off well – this company’s youthful exuberance makes light work of it!