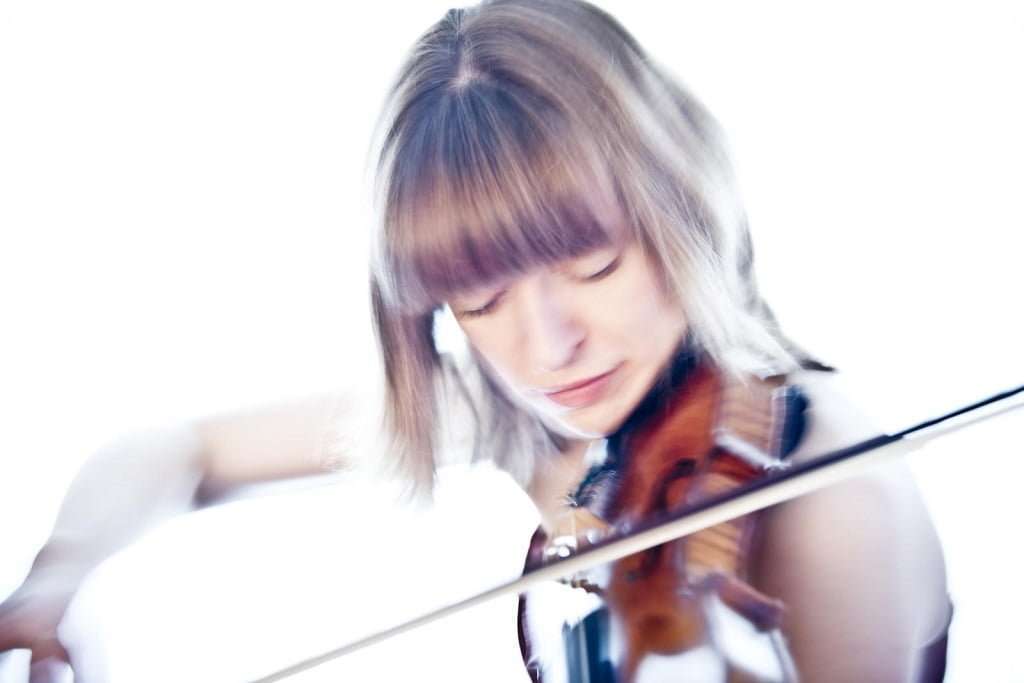 Fenella Humphreys is one of the few violinists with the guts and temerity (and the technique demanded by the music) to play Sibelius’s chamber music. Long relegated to the salon as trifles, it is hoped that, in this 150th-anniversary year, such a calumny will be expunged by other brave virtuosos who recognise the genius behind the notes that are so artfully spun by Sibelius for his favourite instrument.

This enterprising recital also included a work by Sibelius’s great and exact contemporary, Carl Nielsen, with his extraordinary Violin Sonata No.2 and five commissioned pieces, each based on one of the Opus 81 set by Sibelius. The evening ended with Sibelius exploring new directions in his fascinating Opus 115.

To set the scene, Sibelius’s Opus 81 (1917-18) allowed Humphreys to demonstrate her complete absorption into this magical melodic world. The title of the last piece, ‘Menuetto’, disguises music that shows the mature Sibelian style in all its perplexity, wandering around keys and textures but grounded on a firm structure from an earlier age. It sounded disarming but is probably very difficult to play, a typical trait of many of Sibelius’s later works.

Nielsen tackled something big in his Violin Sonata No.2 (1913), in a way Sibelius never attempted for this combination of instruments. Nielsen was also a violinist. It comes from between the lyrical and humane Sinfonia espansiva and the ferocious onslaught of the Inextinguishable. The interesting though discursive opening movement is followed by an Adagio of great feeling and with some surprises. The finale opens in a deceptively bright manner and becomes distorted through many changes of key before virtually evaporating. Humphreys and the agile and perceptive Nicola Eimer gave a commanding performance – both contributed something very special during the evening, here alive to the many twists and turns so redolent of the symphonic Nielsen. The artists’ advocacy on this occasion and in the future (they are playing it at the Presteigne Festival) will hopefully help revive this work.

Sibelius’s sole attempt at a violin-and-piano piece in sonata-form was his (telescoped) Sonatina of 1915. This delightful, generally sunny work represents Sibelius’s emergence from his dark middle years and can be heard as a spiritual renewal of confidence. Humphreys dispatched the gloriously optimistic (for Sibelius!) first movement with aplomb. The shadows in the Andantino middle-movement were well crafted and the finale went splendidly, leaving spirits high.

Of the new five pieces, Mazurka by Cheryl Frances-Hoad successfully follows the history of this dance through all its manifestations. Rondino by Matthew Taylor opens with dissonant chords on the piano before the violin unravels a sinuous melody that darkens towards and refers to the ‘Ariel in the Oak Tree’ section from Sibelius’s incidental music for The Tempest. Waltzer by Alasdair Nicolson is a freewheeling work with a parody style, increasingly exciting and invigorating. Anthony Powers’s Aubade provides an opening harmony that develops into a melody for violin spread over several octaves, warming our senses as it, and David Knotts’s Menuetto proved to be closest to Sibelian method.

Fenella Humphreys can take pride in commissioning these pieces, for the composers’ individual responses to Sibelius was stimulating and engrossing.

In 1929, Sibelius himself was engrossed with a new Symphony (the not-to-be No.8) when he wrote the Four Pieces. Quite what the Symphony would have sounded like is hard to tell but these violin miniatures – perplexing and enigmatic – head in new harmonic and melodic directions. To revive our senses Humphreys played a tuneful encore, Lullaby for Ollie by Cheryl Frances-Hoad, Ollie being Nicola Eimer’s two-year-old son.