Lliam Paterson
The Angel Esmeralda – Opera in two acts to a libretto by Pamela Carter after the short story by Don DeLillo [world premiere; commissioned by Scottish Opera] 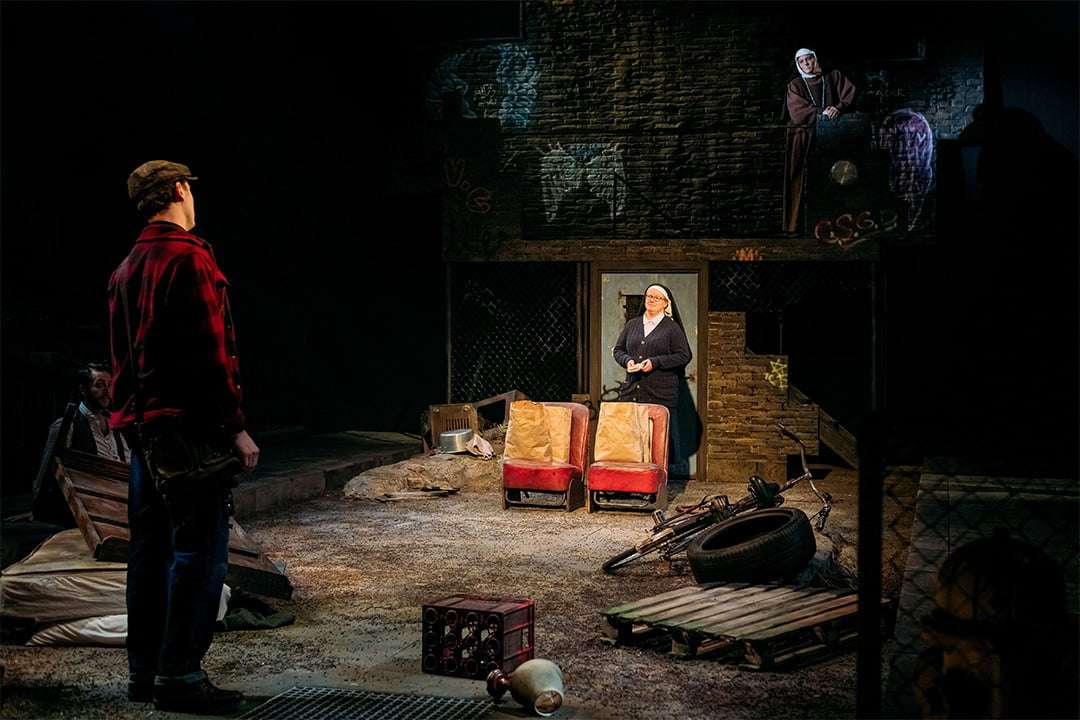 It cannot be often that operas commissioned by major opera companies find their world premiere stage performances being given by those still learning their craft at one of London’s premiere music and drama colleges. So it is here, in the re-configured Silk Street Theatre, where the audience sits in banks to either side and opposite the main thrust stage but were a few scenes take place in other areas of the auditorium above or behind sections of the seating. This did not always aid homogeneity to some of the ensemble passages, particularly those involving the five Observers, who perform a narrative and commentary function throughout the piece, rather reminiscent of the Male and Female Chorus of Britten’s The Rape of Lucretia. Owing to their spatial separation one often only got to hear several voices in the mix rather than the whole. Whether this was a compositional intent or a directorial one it is hard to determine. Lliam Paterson’s music is always attractive, sometimes intriguing but occasionally frustratingly episodic in that some ideas one anticipates will develop further don’t always seem to. That said, there is tuneful rhythmic invention and propulsion, and his use of lower stings and electric harp, with various percussive, woodwind and brass decorations provides some striking musical effects. He also makes considerable demands on the higher registers of some of his singers – notably tenors and sopranos, and yet one could catch most of the words owing to careful use of repetition and clever use of dynamic.

Some of the chorus writing was very intense indeed. Dominic Wheeler was the singer-sensitive conductor, and led a fine ensemble performance. 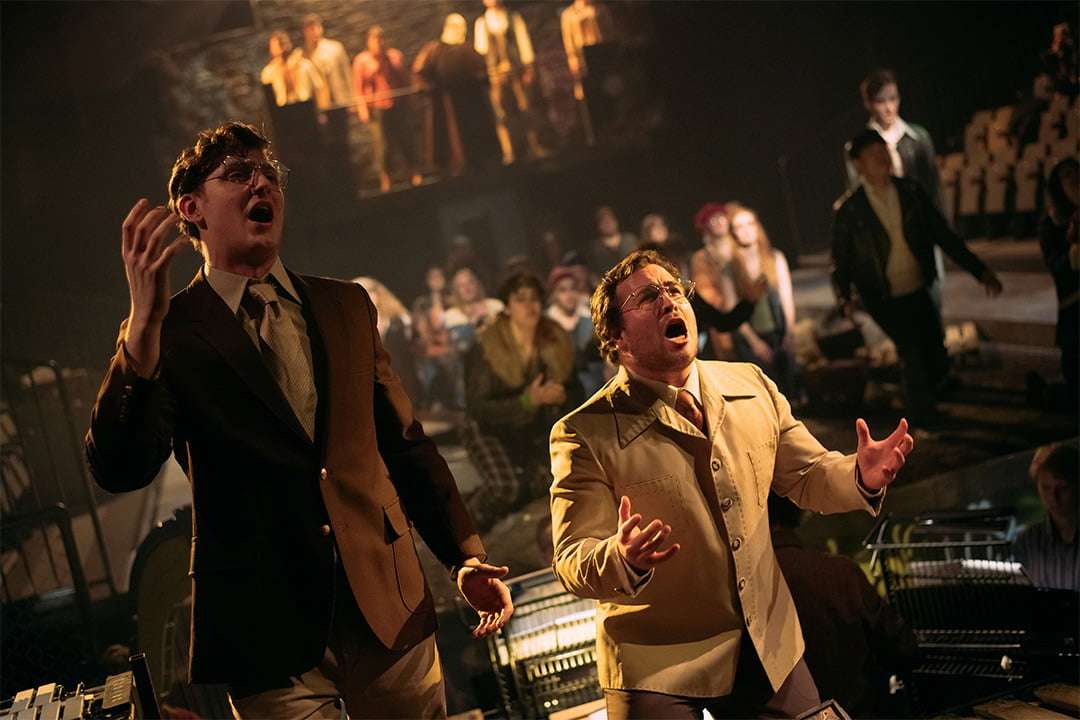 The story centres round two Carmelite nuns, Sister Edgard and Sister Grace, and their mission to help those living difficult lives in a slum area of 1970s New York City called The Bird. Here they encounter people surrounded by poverty, graffiti-covered areas, unemployment, disease, drugs and criminality, whom they try and assist. Both have rather different takes on what they find and hope to achieve. On one visit they hear of a young homeless girl who appears aloof from the community and hear that her name is Esmeralda. Sister Edgar also encounters a pregnant woman and teaches her how to baptise her child when it arrives. Both react differently to a guide showing tourists around the area, an event curtailed by a fire in the local subway. Sister Edgar feels an affinity for the desolate landscape to which she feels, like Esmeralda, that she belongs. However, on a subsequent visit they find new graffiti indicating Esmeralda Lopez, aged 12, has been raped and murdered. Rumour of a miracle emerged with local residents and disciples claiming to see an apparition of the angel as subway trains pass the local subway billboards at night. Sister Edgar, against her colleague’s advice, goes to investigate, unwittingly providing reassurance / credence to the assembled believers. Sister Edgar believes she sees the angel. However, as a press story gathers traction the atmosphere changes, factions start to exploit the crowd, and the billboard advertising is suddenly cleared. The crowds gradually disperse. Sister Edgar returns to prayer.

Much of the narrative is carried by the observers, and the drama is very much a personal one of the two religious sisters both of whom get moments in the solo spotlight as well as in duet. Elsa Roux Chamoux gave a tireless, rich-voiced and beautifully enunciated account of the role of Sister Edgar. Her voice has a lovely warm quality but also cuts though the orchestral textures remarkably well. The intensity of the nun’s vision and her understanding of it emerged powerfully. A talent to watch! As Sister Grace Harriet Burns had to contend with some fiercely high-lying vocal lines which perhaps made it harder for her to get the text across so well, but the feistiness of the character registered well as a result and her singing was tireless and exciting. The five observers were a nicely distinct quintet, some of them doubling other important roles, notably counter-tenor Collin Shay as a very flamboyant tour-guide. The chorus seemed to be having a whale of a time. The entire company did the work and the venture proud.