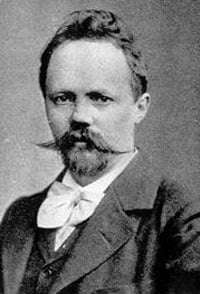 The Royal Academy of Music’s autumn operatic showcase gives us another production of Humperdinck’s opera a few weeks prior to the one by The Royal Opera and following that staged at Glyndebourne over the summer. Even Humperdinck buffs might find this a surfeit – but this wonderfully rich and evocative score is always worth encountering and the story has many facets that can be mined by an intelligent director.

The Royal Academy of Music has engaged Sian Edwards to conduct, from whom the work received a warm, idiomatic interpretation. Occasionally there was a want of lushness in the upper strings of the Royal Academy Sinfonia – but some of the lower sting detail was given greater prominence to wonderful effect. Just take the shudders and tremors as Father sings of the witches of Ilsenstein – they tell you all you need to know about the impending story. The brass was on warm and resonant form; only the upper woodwinds seemed to lose prominence in the overall texture. Edwards was very sympathetic to the young singers and her reading had pace and was refreshingly non-indulgent. The spatial effects of the off-stage voices and the cuckoo were perfectly handled – emanating from behind the scenes and from within the auditorium itself.

The production is well thought out and stimulating and there is some stunning lighting, too – most notably in the forest scene as the two children sing their prayer and go to sleep. As the overture plays we find ourselves in a modern house with father having a cup of coffee before work and mother walking out to her job without saying a word. Thus the tensions in the household are evident from the start.

The witch, a hoodie-clad man, enters through the kitchen cupboards, and after playing with two children’s dolls he passes from the kitchen before the children materialise. Hänsel and Gretel are played as schoolchildren – although as the opera progresses their costuming gradually changes to echt Bavarian garb – lederhosen and smock blouse and dirndl. It is curious that the costuming of the parents remain rooted in the this century, but perhaps the fairytale element affects the children only.

The forest scenes are very atmospheric and the use of sliding gauze screens imaginative. The transition from the house to the forest is deftly and wittily handled with an emphasis on the use of brooms and full involvement of the stagehands. It is something of a surprise to then be confronted with a proper gingerbread house as might have been seen in a production of 30 years ago – but it is refreshingly done – and I loved the white ‘picket’ fences with their vertical struts being made either in the form of white gingerbread men cutouts or more disturbingly from large white knives, forks and spoons.

The dark side of the story is strongly etched in, with – given that they wheel the witch’s house onto the stage – even the sandman and dew fairy not necessarily being aligned with the forces of good. The sequence of Hänsel and Gretel’s forest-dream plays out a re-enactment of the wedding and then the drifting apart of their parents is another provocative touch. The witch is played as a grotesque, and in this casting there was a strong element of a drag-act as the (tenor) witch morphs from a blond-wigged vamp to a bald-headed, pointy-eared man in a dress and high heels. Given the alternative cast has a mezzo-soprano witch I wonder how this will be managed in those performances.

The singing was generally very fine. Charlotte Stephenson is a mellow-voiced and physically gangly Hänsel, who made much of the lower lines in the duetting with Robyn Kirk’s strong-voiced and rather single-minded Gretel. They make a good foil to one another, even if Hänsel’s deportment was sometimes more feminine than boy-like. Gerard Collett’s father was well sung in a warm and characterful baritone.

Best of the family members was Amy Radford’s mother whose strong and pleasingly penetrating voice made light of this tricky role. It needs a voice of some weight and in her portrayal she managed to retain a sense of both femininity and also the frustrations of the character. Jessica Dean’s wonderfully extrovert dew fairy is a distinct asset and if Adriana Festeu’s Sandman was less vocally assured that may have been nerves and more of a struggle with the costuming as a bearded elderly man.

Which leaves Stuart Haycock’s witch. I prefer the role to be sung by a mezzo – not least as a higher voice cuts through Humperdinck’s orchestration better – but Haycock gave the role his all, relishing all the alliteration of the text and seeming to enjoy the over-the-top antics he was given. His occasional moments of sudden composure and deadly looks were quite unsettling.

If you want a pre-December “Hänsel und Gretel”, this production will fit the bill nicely.