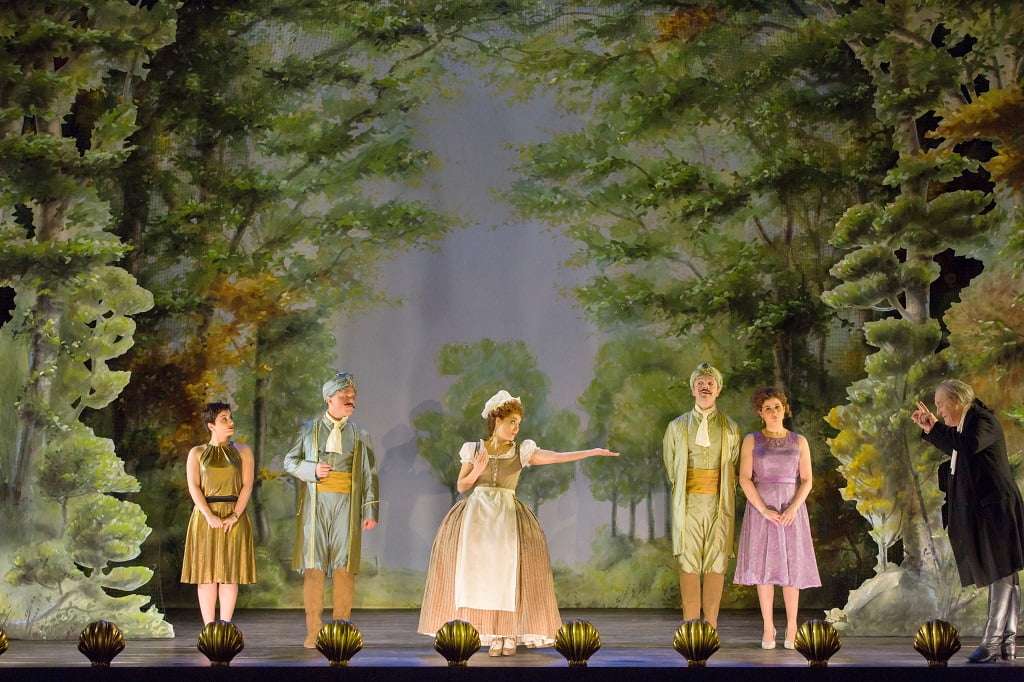 The artificiality of the plot of Così fan tutte being juxtaposed with some of Mozart’s most sublime music and intricate ensembles is a directorial hurdle that has somehow to be surmounted – for the idea that women can change affection within twenty-four hours of a painful separation from their lovers sits uncomfortably with sensibilities, unless one makes the characters superficial and utterly clueless emotionally. For all its wit and brilliance, the music tells one otherwise.

So Jan Philipp Gloger’s idea of presenting the action as a complete run-though of the work in an experimental theatre workshop with the artists trying out various interpretative options in a sequence of occasionally bewilderingly contrasted, if often beautiful, settings and costuming is an interesting concept; allowing one to re-consider the motivations and responses of the protagonists with an element of detachment.

Its premiere staging in 2016 was nominated for an Olivier Award. One can see why, for some ideas stand out, the clever use of the costume mannequins for example. Here, revived by Julia Burbach with an entirely new cast and with a new conductor Stefano Montanari, himself providing an extremely busy improvisatory continuo, there is much to stimulate and intrigue. He generally favours rapid tempos and brings the lower-frequency instruments more to the fore than is often the case. Sometimes his speeds are so fleet that he threatens to leave the singers behind, and to lose precision of ensemble. The Finale of the first Act feels frenetic rather than exhilarating. 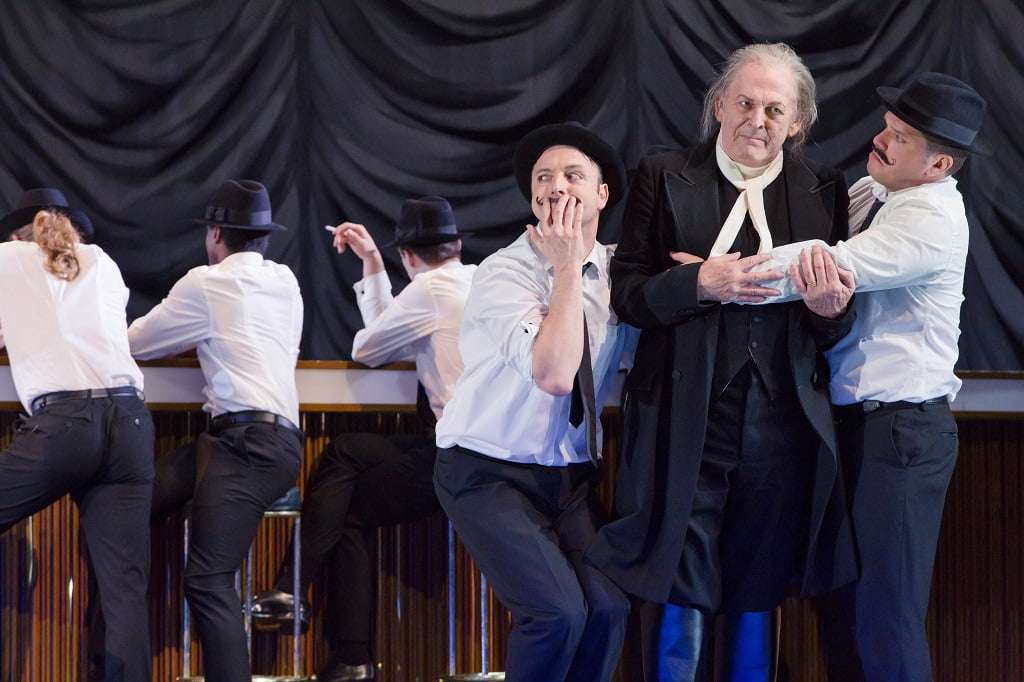 There are numerous directorial tics, some excessive, but it is not quite so simple – for Gloger stops you in your tracks abruptly. Fiordiligi’s second-Act scena is fabulous in its stillness and intensity, and elicits some supremely stylish, supple and heart-stopping singing from Salome Jicia. Jicia is admirably partnered with the similarly rich-voiced Dorabella of Serena Malfi, super vocally and underplaying the histrionics. Likewise, Paolo Fanale’s honeyed tenor sounds very well in ‘Un aura amorosa’ (another moment where the staging drops its fussiness and largely lets the music and the singer do the work). Gyula Orendt oozes vocal charm as Guglielmo and makes the most of his opportunities and certainly his character’s barbed interruptions. It is also refreshing to see the return of a bright-voiced and vivacious soprano as Despina rather than the ‘been there, done that’ mezzo. Serena Gamberoni does not disappoint, even if the production robs the character of her distinctive mercurial responses to a situation. Thomas Allen is such a pro, knows this opera inside out, and has no trouble engaging as Don Alfonso conceived as a participatory actor/director, revelling in the contradictions of the theatrical exercise being presented. His voice may have lost some of its sap and strength, but you cannot help but watch him. His comic timing remains acute as ever, and includes a quicksilver classic!

The settings generally surprise, intrigue and enchant, notably the recreation of the Garden of Eden replete with an apple tree and a lurking serpent (mentioned a lot in Da Ponte’s text). Each design morphing into the consecutive one enhances narrative flow, and beautifully lit. This is a provocative and at times rewarding Così.