Verdi
Il trovatore – Dramma in four parts to a libretto by Salvadore Cammarano with additions by Leone Emanuele Bardare after the play El Trovador by Antonio Garcia Gutiérrez [sung in Italian, with English surtitles] 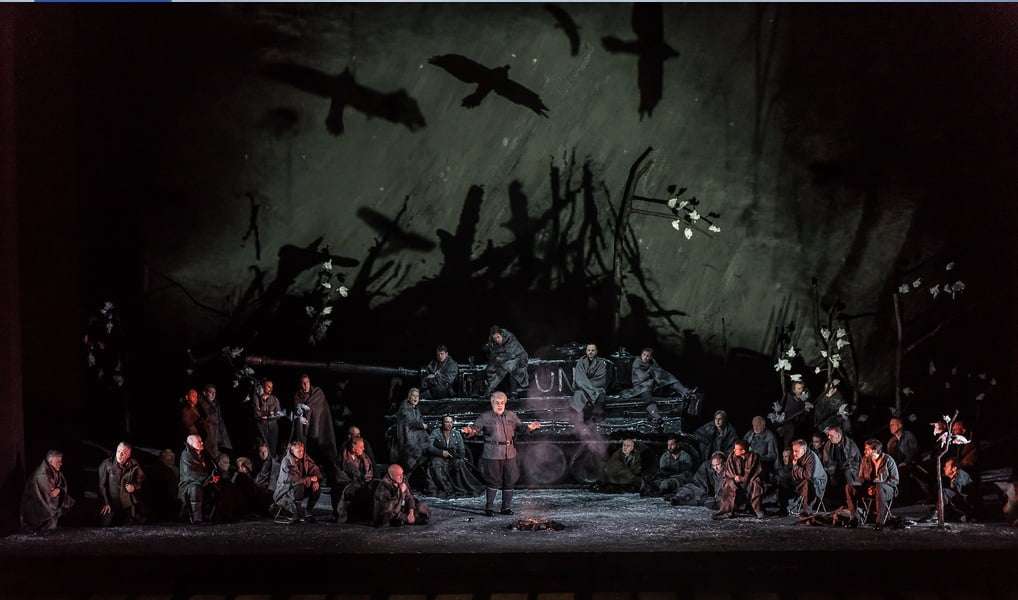 What is a director to do with Il Trovatore? It is essentially an opera of tableaux with only momentary action, the story told in narrative, the characters reflecting on past events that have framed their lives and describing their subsequent emotions. The opera’s popularity stems from the thrilling and rich musical inspiration of the maturing Verdi and the opportunities it provides for great singers.

A sensitive director has to allow them to do that. The front curtain with its playground graffiti “Leonora+Luna Manrico” contained within a heart symbol had one nervous for its rise, but the opening setting, beautifully lit, was atmospheric enough and revealed was a civil war with brutalised soldiers and a populace trying to survive.

The symbolism of fire, so important in this opera, was present (giving the ROH’s pyrotechnical department plenty to do), and there are some other interesting ideas from David Bösch – the baby dolls adorning Azucena’s caravan for example – but these are not necessarily explored to their full potential. The Tank is overused, though, as is the sight of people being captured, taunted and summarily executed by fighters on both sides. We got the message the first time. 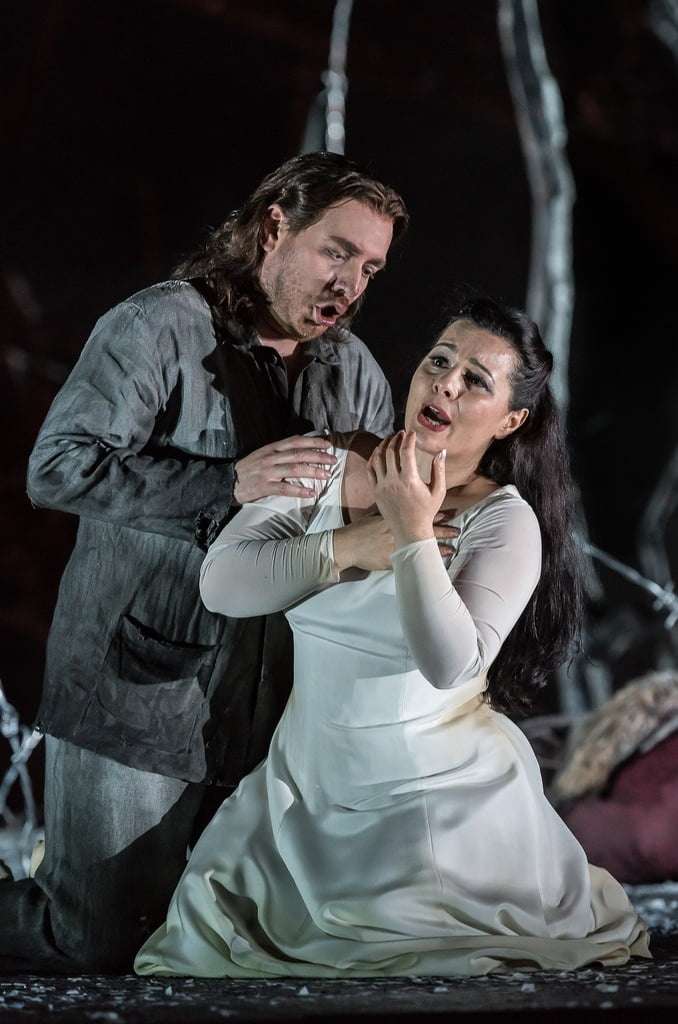 Some of the stage blocking is over-symmetrical, especially for a production that is trying to emphasise the chaos of conflict. Ah well – it’s not a staging to either love or admire. However, there are compensations and Bösch’s approach to the principal singers gives them myriad opportunities to display their talents.

The Royal Opera has cast Il trovatore to the hilt. Lianna Haroutounian is a superlative Leonora. Her gorgeous voice is fluid, technically assured, warm and expressive. She has superb breath-control and mastery of dynamics. She’s also brilliant at inflecting the text. Likewise Ekaterina Semenchuk’s powerful and intense Azucena; it’s a voice that harks back to the great Azucenas of yesteryear such as Simionato, Cossotto and Obraztsova. Thrilling! All you need to know about the character is in the voice – just as it should be.

The men are as vocally gifted but less nuanced. Željko Lučić’s virile baritone was as opulent as ever. He made an impressively thuggish Luna – although the one moment where he should show his inner nobility and sensitivity, “Il balen…”, was over-sung on this occasion. Indeed, his dynamic was generally forte or louder. Francesco Meli is the perfect voice for Manrico – it has metal and clarion qualities and capable of lovely softness; he’s not a great actor but he is an exciting performer. Maurizio Murano lavished a true buffo-singer’s care and attention to words and vocal flexibility to make an unusually stand-out Ferrando.

The whole is aided by Gianandrea Noseda’s considered conducting. Indeed, the striking thing about the orchestral contribution is its general restraint. There was much emphasis on the lower strings, which have such important themes to sound, and the often ‘rumpty-tumpty’ accompaniments felt less so. Noseda is extraordinarily accommodating to the singers, but also not afraid to let rip when needed. There is also a superb contribution by the gentlemen of the Chorus in particular – their considerable talents an immense asset.

Lovers of great singing should not hesitate, for there are rewards aplenty – Haroutounian and Semenchuk stand out even in this strong company.