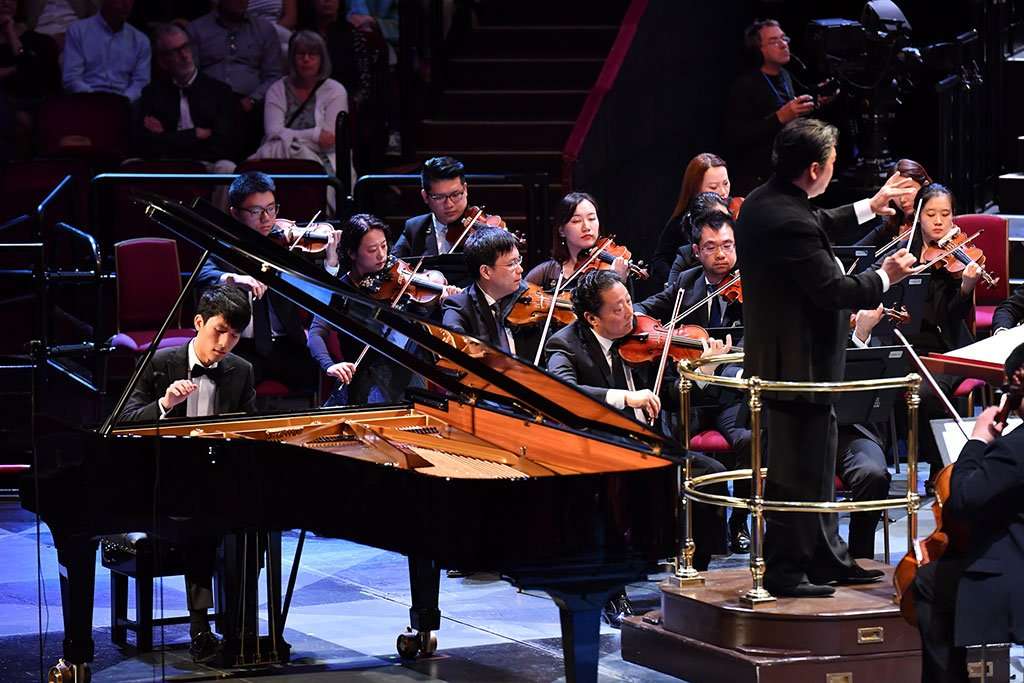 The cock had to crow early for this Prom which began at the unusual hour of 11 a.m. and featured the Shanghai Symphony Orchestra and Long Yu. A near-capacity seated audience made the effort but half the Promenaders preferred a lie in!

The SSO, founded in 1879 and which has survived the vicissitudes of China’s fortunes ended an extended tour here. With its own concert hall opened in 2014 and a new DG recording contract, the future appears very bright and this concert was a good opportunity to place it amongst international rivals.

It was a richly rewarding experience. Works by Qigang Chen have appeared twice before and this time Wu Xing did not outstay its welcome. This evocative suite of miniatures draws its musical imagery from the five elements thought by Taoist philosophers to constitute the World around them. Hence Chen sets music to Water, Wood, Fire, Earth and Metal, each adopting its own vivid imagery and colours, both orchestral and harmonic. The effect is a highly fluid aural experience and very enjoyable. A large array of percussion allows the composer’s imagination to extend the usual tonal flows we normally hear from an orchestra leading to exotic harmonic structures for each element.

Eric Lu was the Leeds-winning soloist in Mozart. The first sounds from the SSO boded well for a fluent and sometime-inspired rendition. Lu achieved a lightness of touch from the buoyant strings and didn’t dawdle. Spirits were up and Lu followed with his amiable and gentle touch, enjoying the continuous flow of melody Mozart gives his us, lyricism to the fore with underlying sadness appearing when needed. The unusual, for Mozart, marking of Adagio for the second movement received due acknowledgement, its darker side emerging with full emotional force, Lu sustaining the pathos with tenderness and a degree of anguish, and then transformed by the opening notes of the bustling Finale which offered exhilaration right to the end. 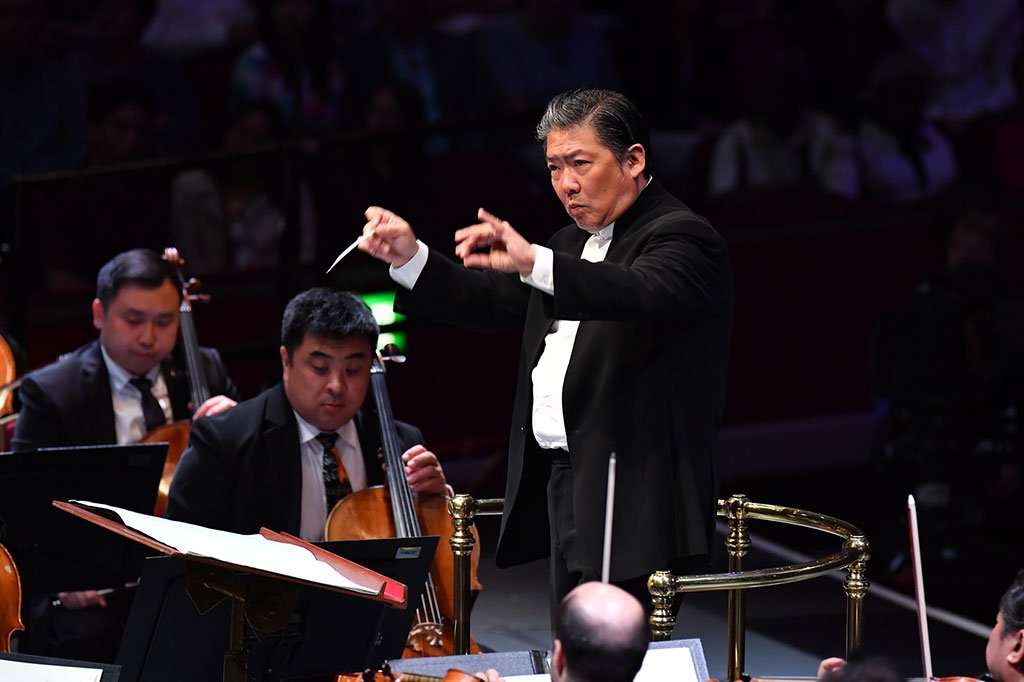 Rachmaninov’s Symphonic Dances (1940) was his swansong, written for Eugene Ormandy and the Philadelphia Orchestra, who made a definitive recording in 1960. He certainly needed such support as his reputation had taken on a steady decline in the minds of critics ever since he produced his Fourth Piano Concerto in 1926. Subsequent works, such as Rhapsody on a Theme of Paganini and the Third Symphony, only seemed to confirm he was fatally behind the times in his florid romantic rhetoric. Hence Symphonic Dances was largely ignored for forty years. I remember a television broadcast of André Previn rehearsing and performing the work with the LSO and being bowled over by the music’s great passion and exuberance.

This SSO performance did the work a power of good. Lu embraced each movement with a mixture of energy and grace, never loosing sight of clarity of texture and piquancy, a fabulous repost to earlier ears who denigrated it as unworthy. While the SSO could not quite rival the depth of tone captured on Ormandy’s recording, it nevertheless bought its own brand of warmth and sensuous lyricism.

The audience refrained from applause between any of the movements in the concert. What taste and discernment! The encore began in full Chinese harmonic garb, the traditional Jasmine Flower, which alluded to its inclusion in Puccini’s Turandot, then morphed into a spirited rendition of The Beatles’ Hey Jude: a great time was had by all.